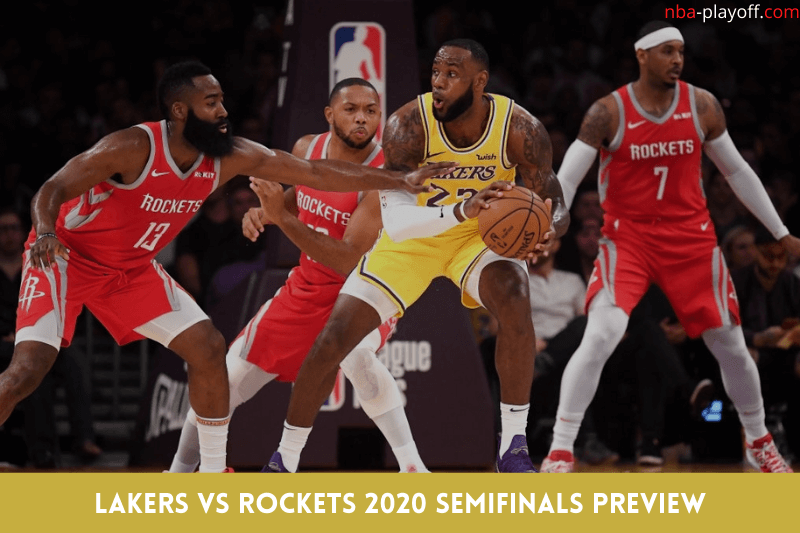 The Houston Rockets have a good season so far than most people would have expected. However, their semifinal game against the Lakers has been dubbed as a big vs. small Conference semifinal. Understand that the Lakers have had a great season this year beating the Portland Trail Blazers.

Granted, the Portland Trail Blazers didn’t step up to the challenge after entering game five against the Lakers without their star player – Damian Lillard. However, according to several analysts, the Lakers won’t make easy work of their semifinal game against the Rockets, who have a fully healthy team.

If you have watched the Houston Rockets in their past matches, then you know that they have come to play. Their stringer defense and ability to shoot from deep makes them among the top teams to watch this season.

According to the Rockets forward P.J Tucker, their team has already embraced the fact that they are undersized. According to him, their team is well aware of their limitations but proud of how they play, and it has been working out quite effectively.

According to the Rocket’s forward, other teams have to start asking themselves how they feel going against an undersized unit. However, note that this is a valid sentiment considering that the Houston Rockets have made it this far competing against some of the greatest teams in the world.

Now, the Lakers are certainly going to be a considerable challenge to the Rockets, considering their team depth. Understand that the Lakers have formidable players such as Dwight Howard, Anthony Davis, and JaVale McGee.

There is no doubt that this is going to the ultimate test of that ‘’small ball’ notion created by the Houston Rockets. The good news is that we are going to find out how it all plays out very soon in this exciting game.

With the Lakers ranked among the bottom ten 3-point shooting teams this season, the Houston Rockets might have a significant advantage. Did you know that the Lakers were ranked 13th among the 16 postseason teams in relation to 3-point percentages?

Yes, the Rockets were placed 11th in the preseason rankings according to the 3-point percentages. However, during the season, the Rockets have taken the lead in terms of attempts from a distance by a considerable margin. You need to expect long-range shots from the Rocket team.

Since more than 50% of Rocket’s scoring is created through a 3-point range, you should expect a lot of fight from them. Understand that the Houston Rockets can prove to be a worthy opponent should there 3-point shots turn out successful.

2. Can the Lakers prevail in iso situations?

Houston’s defensive tactics and styles force the opponent to play iso ball or make quick decisions in the field. However, the Lakers team has only one player ranked among the top ten in playing iso balls – Lebron James.

Whether the Lakers can perform exceptionally in isolated situations will have a significant impact on the outcome of the game. Keep in mind that Anthony Davis only scores about 58% of the time when corned to isolation situations.

The Lakers could opt to match the Rocket’s small-ball lineup by playing Davis at the 5 and James at the 4. However, is this a strategy that the Lakers are even thinking of using in the Conference semifinal game. Would the Lakers throw away their colossal size advantage when playing against the Rockets?

Houston beat the Lakers in both of the previous games after they committed to playing the small-ball exclusively. However, in August, when the two teams met, both McGee and James sat out. The entire dynamic for the upcoming semifinal is genuinely going to be interesting.

The Houston coach and general manager have proved to the world that the small-ball revolution is inevitable. However, players such as Eric Gordon, Ben McLemore, Robert Covington, and Jeff Green have shown that we can’t expect them to be consistent throughout the tournament.

Understand that the Lakers have a squad with a lot of experience and expertise in the playoff finals. There are going to be exceptional performances from players such as Davis and James during the semifinal.