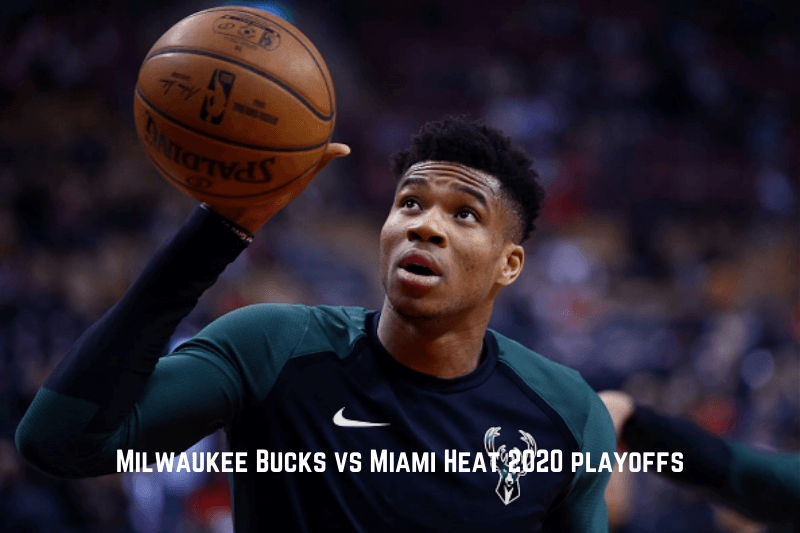 While Milwaukee is expected to win, the Magic could hold on to defeat them. Historically, when an NBA team is losing a playoff series 3 to 1; chances are they will never be able to come back from behind to win the series. That is a rare or nearly impossible thing to do. The matchup between the Bucks and the Heat is expected to take place in the Eastern Semifinals playoff games.

By the way, the Orlando Magic and the Milwaukee Bucks were supposed to have played their 5th game on August 26, 2020. However, the game was delayed until August 28, 2020. Both teams decided not to play in protest of the Jacob Blake shooting that happened in Wisconsin on August 23, 2020. Other teams around the NBA didn’t play as well because of this incident. Here are a preview and possible outcome of a match between the Miami Heat and the Milwaukee Bucks.

The Miami Heat Chances of Winning the Semifinals Against the Bucks

The Beatles swept the Indiana Pacers in the first round of the playoffs. Indiana is a solid team, but Miami just had too much for the Pacers to deal with. Miami generally beats the team by taking a strong lead early in the game. They then do what’s necessary to protect that lead. Also, if a team is lacking its star players, Miami’s squad will take advantage of that fact.

Domantas Sabonis, Victor Oladipo, and Jeremy Lamb are three of the Pacers’ strongest players. However, all three of these individuals didn’t play in any of the games due to injury and for health reasons due to the coronavirus. They would have probably helped to stretch the series further. Still, the Indiana Pacers played good basketball in all games, but it was just not enough.

The Heat has Bam Adebayo, Jimmy Butler, Meyers Leonard, Kendrick Nunn, and Duncan Robinson. Adebayo and Butler are the team’s leading frontmen. They have the ability to get Miami moving and put pressure on the opposition. Miami’s bench is also strong enough to keep teams playing catchup during a match.

Miami can contend with the Bucks if they end up playing them in the semifinals. If these two teams clash, the Heat will have to automatically control Giannis Antetokounmpo if they stand a chance to win. If not, this highly-rated player will have a field day on them. Giannis might be the Bucks best player, but he is not the only one on the team that can shake things up. Miami needs to play the same game against the Bucks. Get an early lead and maintain that lead throughout the match. If they can consistently do this, they should be able to defeat Milwaukee.

How can the Milwaukee Bucks overcome the Miami Heat in the semifinals?

If Milwaukee ends up playing the Heat in the semifinals, they are going to need what they do best. The Bucks starting lineup is Eric Bledsoe, Brook Lopez, and Wesley Matthews. Khris Middleton and Giannis Antetokounmpo are the two main starters for the squad. Giannis is the team’s most devastating player. As a matter of fact, many consider him the MVP of the league. Honestly, the Miami Heat don’t stand a chance if Giannis has his way and unleashes his basketball playing magic.

Still, the Bucks must make sure they don’t allow Miami to get a big lead on them early in the game. Also, Milwaukee will have to avoid any zone style defense. Miami doesn’t necessarily operate a zone style defense, but they can easily adapt one just to screw up Milwaukee. Giannis and his supporting cast can beat the Heat, but it will be a slugfest.

Don’t forget that the Heat defeated Miami 2 times during this season. They did it at the beginning of the season back on October 26, 2019. They won that first matchup 131 to 126 in overtime. The next game was played before the NBA COVID-19 shutdown. It took place on March 2, 2020, and the Bucks lost again 105 to 89. There was also a third matchup that happened between the two franchises. This game took place on August 6, 2020. This time around the Bucks won 130 to 116. The Heat won the first two games (even after being behind) by persistently pressing the Bucks and not giving up on the victory. Still, the Bucks can defeat the heat if they play their normal style of basketball.

If Miami and Milwaukee play each other, the NBA will create a schedule for the games. As of this writing (August 27, 2020), the NBA has not scheduled dates or times for the games to be played. Also, no TV channels have been listed to broadcast the event. This probably won’t happen until Orlando and Milwaukee finish their first-round series. Ultimately, you will have to frequently check back with the NBA’s website to find out if the Heat and the Bucks will be playing in the semifinals. You will also have to check back to figure out the channels the event will televise.

Las Vegas Odds for the Miami Heat and Milwaukee Bucks

Since the Miami Heat and the Milwaukee Bucks are not officially playing each other in the 20202 Eastern Conference Semifinals; we can only speculate about who will win this matchup. Las Vegas has not officially given in any numbers on this matchup because it is not official. However, Milwaukee’s overall position in the league gives the team a leg up on the competition. Ultimately, Milwaukee would be the favored team to win the semifinals but the betting odds for this event would just be pure speculation. Ultimately, many believe that Milwaukee would win the semifinals between the 2 teams.

Let us know if you liked the post. That’s the only way we can improve.